Posted on November 4, 2016 by robtreacher 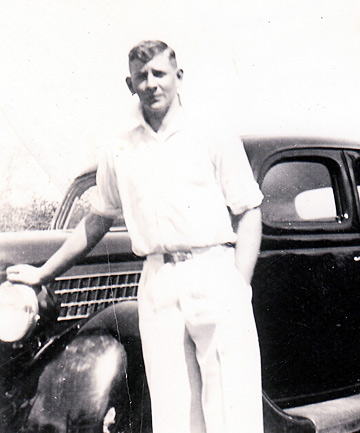 P/O Tom Wilkinson from Brightwater, New Zealand died at the controls attempting to crash land his stricken RAF Stirling bomber. Dad and three others managed to escape the aircraft but Tom remained – he had always told his crew that he would never bale out.
Seen here with his V8 pride and joy shortly before leaving NZ for the war on the other side of the world.